The purpose of the simulation subsection is the testing and validation of our CubeSat design. Since the satellite can not be changed or improved after launch it is extremely important to design the CubeSat in a robust manner. All systems need to work as intended in an environment that can not be recreated completely here […]

One of the main problems in Space Technology is the heat flow. Therefore the Thermal Control Group is developing ways to shield the CubeSat against the high temperature fluctuation in space without the usage of heat conduction or convection. A widespread method for this kind of problem are Multi-Layer-Insulations and Second-Surface-Mirrors. In addition to the […]

This subsection is responsible for the entire mechanical construction of the satellite. A central issue here is, of course, the housing, which stabilises the individual components of the satellite, protects them from radiation and dissipates any heat that arises. The positioning of all components on the surface and within the small housing is another task. […] 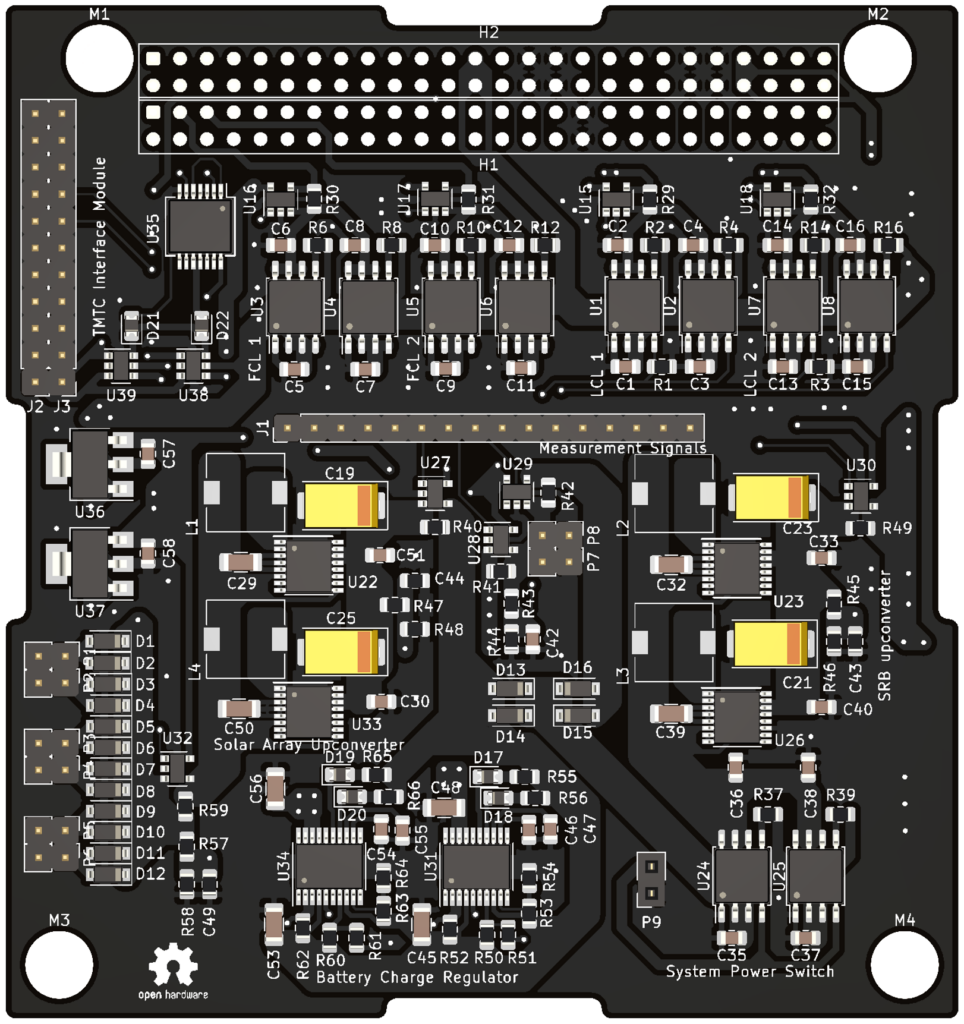 This subsection deals with the generation, storage and distribution of energy for the satellite. To ensure the functionality of the other subsystems, a reliable energy supply is essential. The energy is generated by solar cells on the lateral surfaces of the satellite. A “Power Control and Distribution Unit” (PCDU) is used, which on the one […]

30 years ago garbage in space wasn’t a major concern, today however it is one of the dominating topics in the space industry. With an increasing count of space launches, the amount of discarded objects in orbit is steadily climbing. Satellites that have reached the end of their life span are usually just left unattended […]

The ADCS-Subsection concerns itself with the determination of the position and attitude of the CubeSat and the adjustment of its orientation during mission-critical maneuvers. The team currently consists of roughly eight active members and commenced its work in late October 2018 What is ADCS about? The position of a satellite is determined by the orbit […]